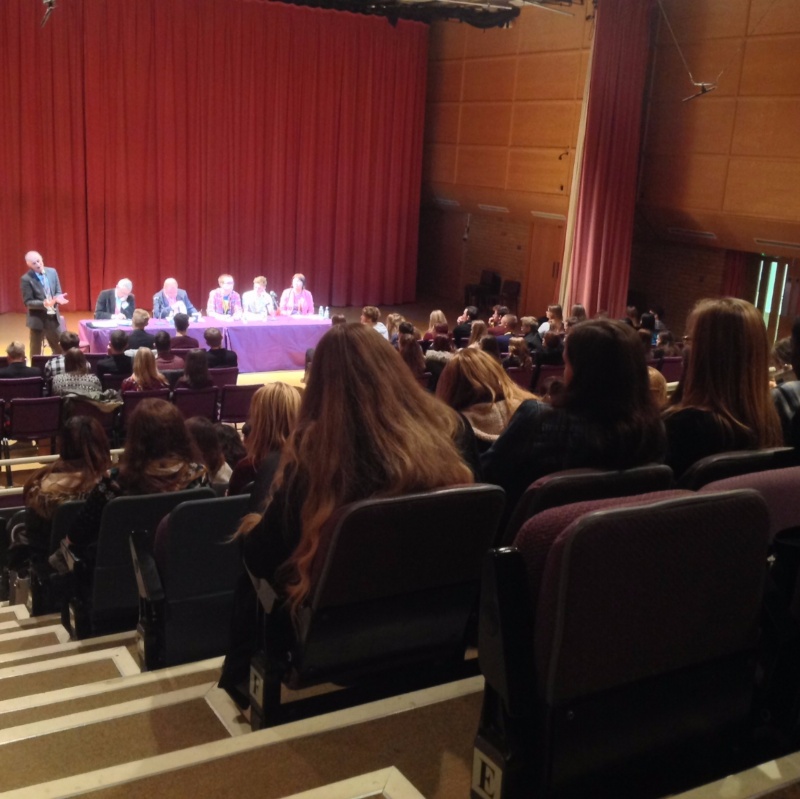 We invited in representatives from the main political parties to debate whether we should stay in or leave Europe. Unfortunately the Conservatives cancelled, but were more than ably covered by Jack Burgess and Matt Pickering, two of our Year 13 Politics students. We had a Hustings, whereby students rotated around the speakers, and then a Question Time style debate in the PAC. The vote was to stay in, by a massive 86% to 14%.