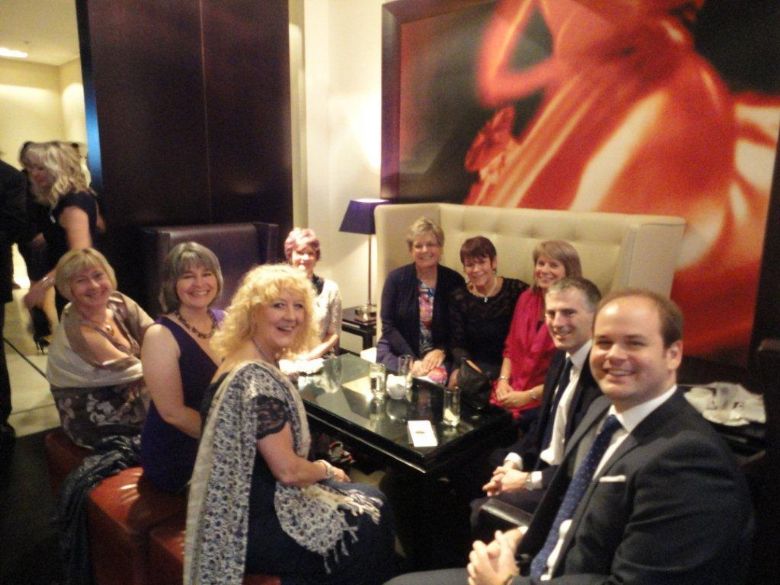 The team all ready at the hotel, waiting for a coach to transport them to Drury Lane.

Drury Lane theatre, full of teachers waiting for the show to begin.

The evening ended with a performance from the musical Matilda.

The team back at the hotel, having reception drinks looking forward to the meal.

There were about 400 guests for the meal, the banquet room had very red lights hence our red glow! The night ended with an after dinner talk by Reeta Chakrabarti. We didn't win the national award, but we had a great time.