At the Centre for Mathematical Sciences last week, 30 teams of the best mathematics students from local schools and colleges tackled a series of demanding mathematical challenges for over three hours. It was the regional final of the Senior Team Mathematics Challenge, a competition organised jointly by the Further Mathematics Support Programme and the UK Mathematics Trust and sponsored by Rolls-Royce plc. The aim of the competition is to provide a stimulating and enjoyable challenge for 16-19 year-old mathematics students by focusing on problem-solving, teamwork and communication skills.

At the end of the three rounds of group problem-solving, team cross-number puzzle and mathematical relay race, the overall winners were the team from Robert Smyth Academy, who will go on to the national final in London in February. The STMC is now in its 7th year and attracts over 1000 teams from schools and colleges from around the UK.

Hinchingbrooke School sent four of their top mathematicians from the sixth form on a mission to conquer the National Senior Team Challenge. The previous year we had finished twelfth, whilst we did not improve on our position and finished fifteenth this year we were still the top state school in our heat. Mr Hancock – Maths Teacher said  “The challenge was of an exceptionally high quality and the standard set this year by both Hinchingbrooke School and the rest of the competitors was of the highest that I had seen. Well done to Team Maths who did themselves, their teachers and the school proud!” 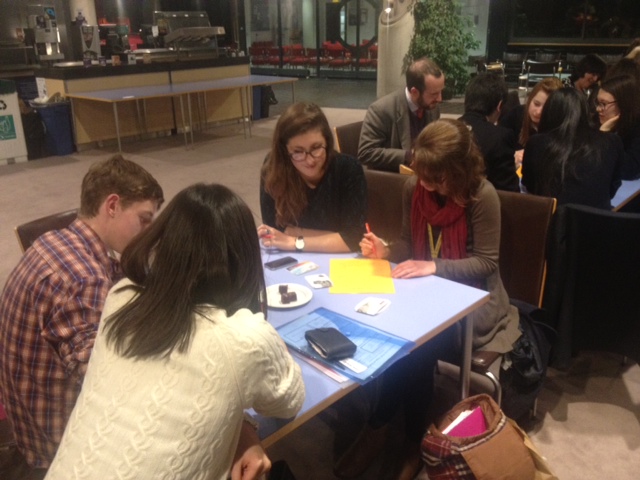