Gangsters On Stage at The Performing Arts Centre

On the 25th and 26th of June, students from Hinchingbrooke School in Huntingdon performed 'Bugsy Malone' at the Performing Arts Centre.

Will Taylor (year 10) gave a stunning performance as Bugsy, singing 'Down and Out' with style and skill. Liam McCleary (year 10) thrilled audiences with his comic portrayal of Mobster King 'Fat' Sam Stacetto. Edd Mitchell provided a brilliantly ostentatious 'Dandy' Dan. Jodie Snelling (year 10), Estelle Lluch (year 8) and Sophie Stamford (year 8) all provided skilful character and vocal performances as Blousey Brown, Talullah and Louella. The boys from year eight to ten created a hilarious and confident performance as the gangster 'hoodlums'. Zach Guest (year 9) wowed the crowds by being up on his toes during a staggering tap solo as aspiring performer Fizzy.

The cast performed to a full house on both evenings, students from the age of eleven to fourteen splurged their way through the Alan Parker play to a great reception from the audience followed by a mass 'pie fight' during the finale. Director Naomi Akielan said 'It's been a joy to work on 'Bugsy Malone' with these wonderful young people. We had so many members of staff offer their time and energy in support of the students. Aside from being really talented, our students have been fully committed to rehearsals and so enthusiastic in their support of each other. Working with students like this is why we choose to teach'.

The band was made up of Hinchingbrooke students too, including an impressive solo from Saxophonist Robert Burton. The band were led by the talented Mrs Helen Nichols (teacher of music, also doubling up as Razamataz), they produced an amazing performance throughout and helped ensure that the students performed at their best.

A parent commented “This production is once again a credit to the school and the staff have done an amazing job of motivating the students to produce their wonderful individual performances, I am already looking forward to the next production” 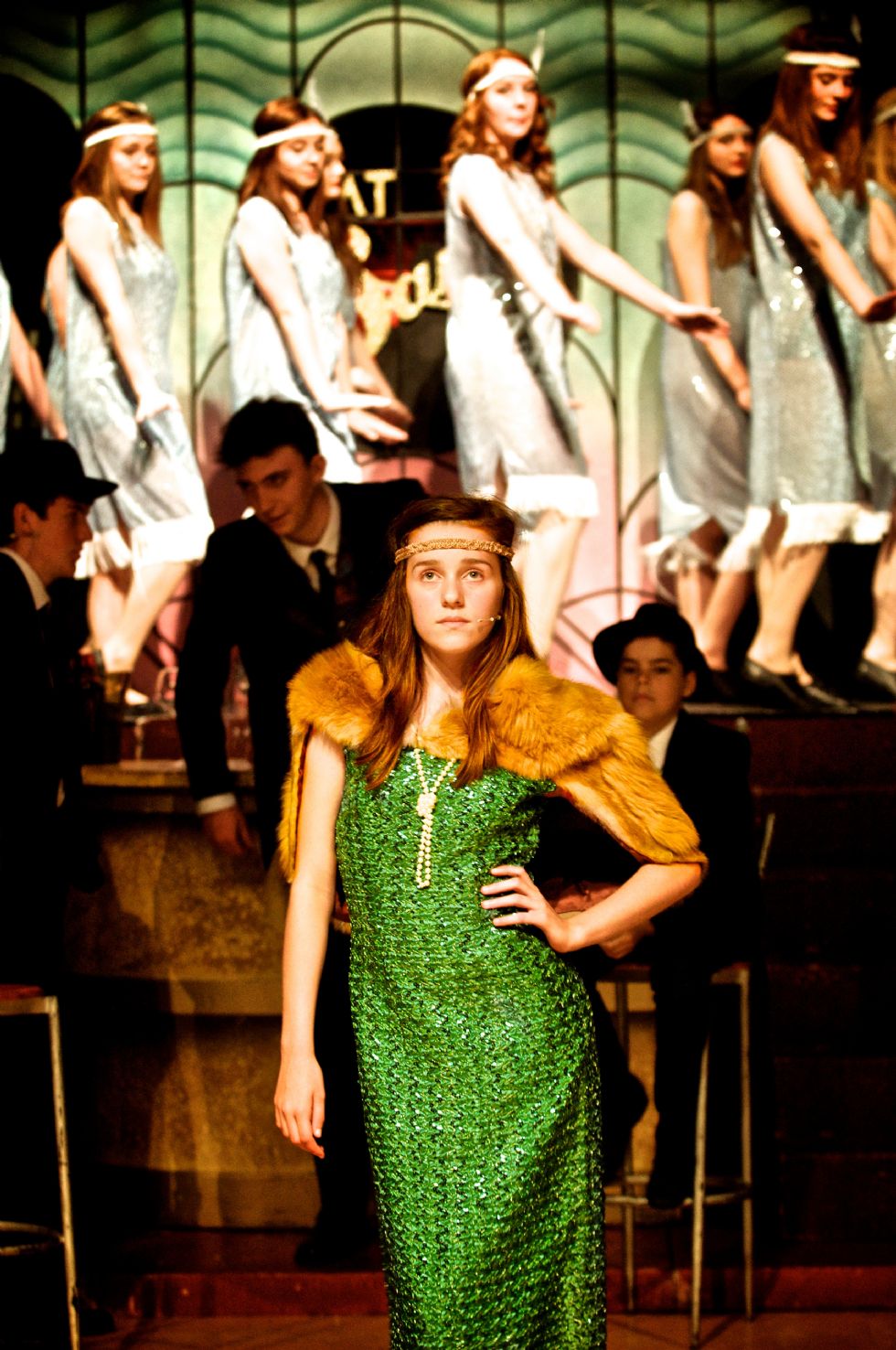 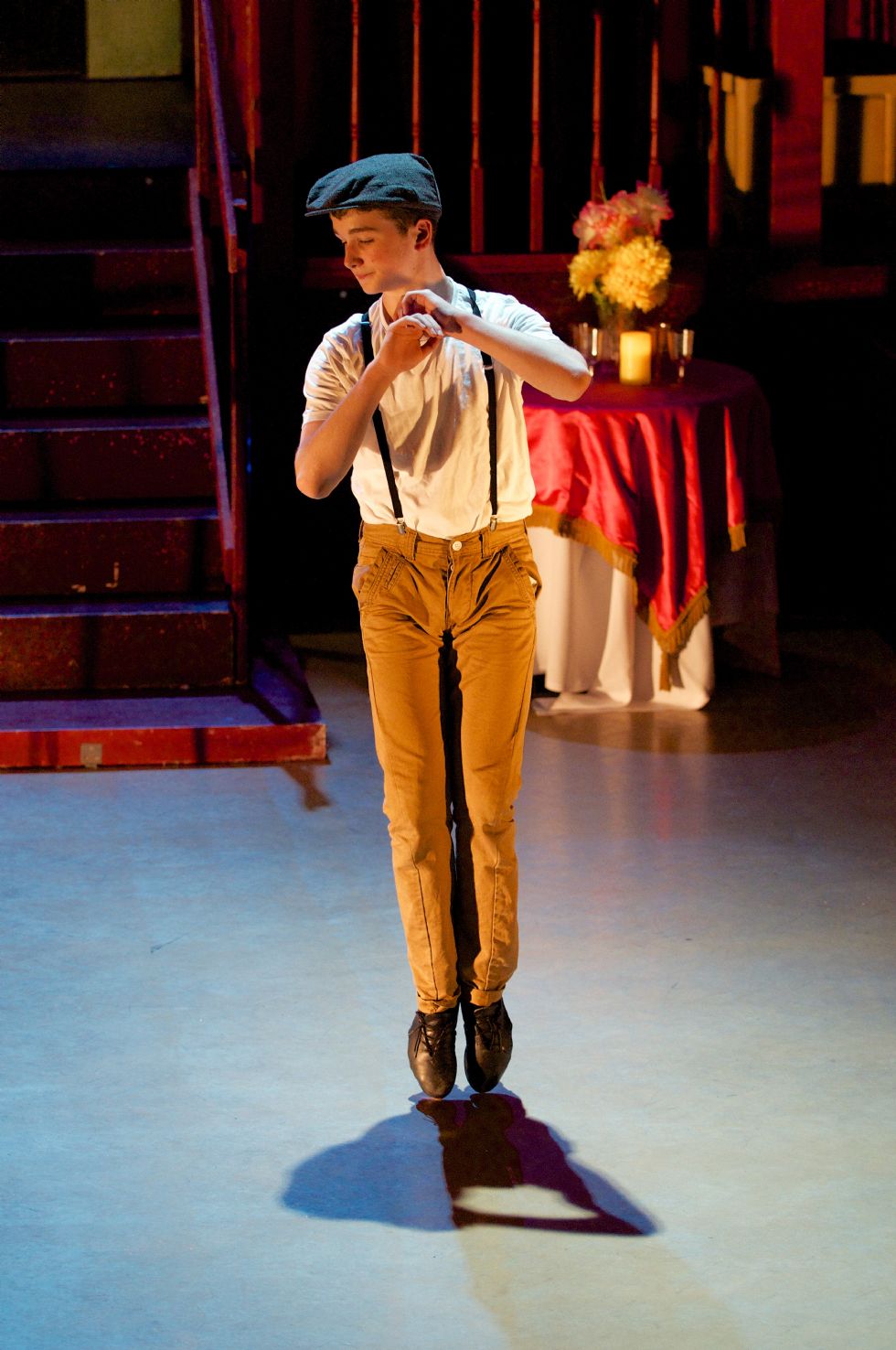 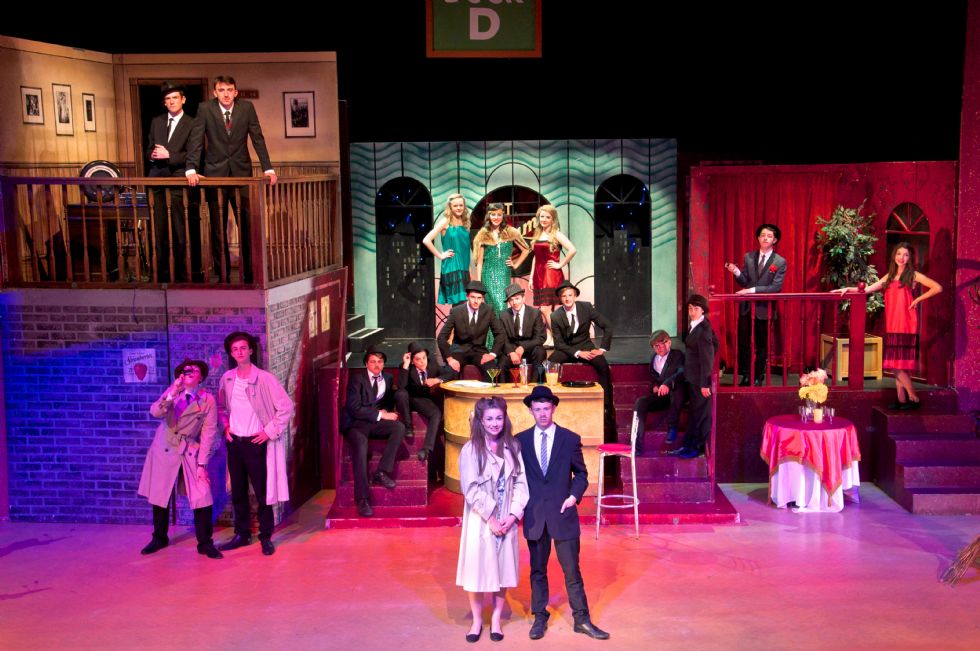 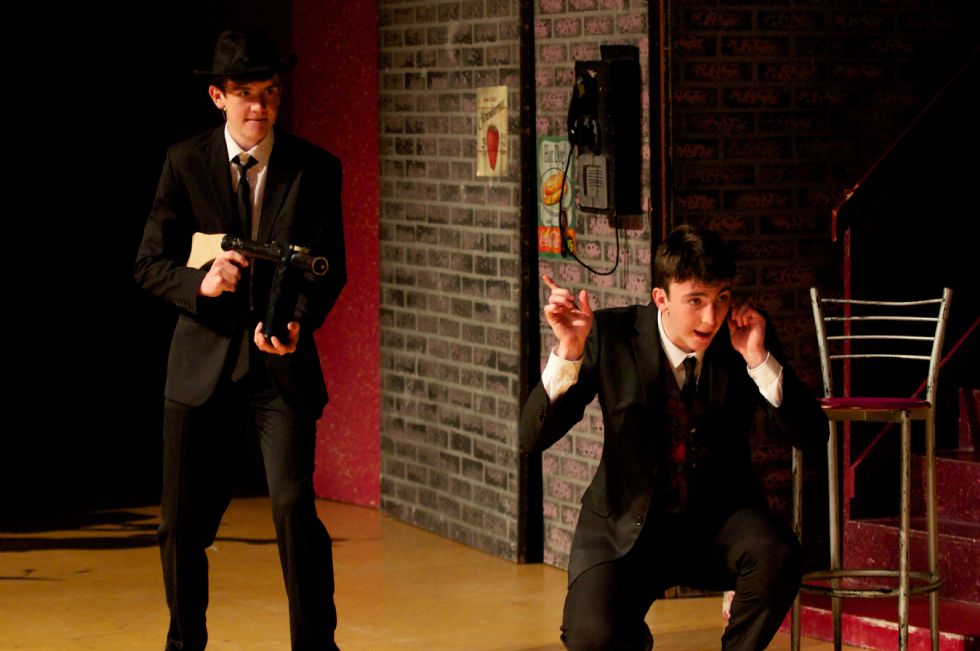 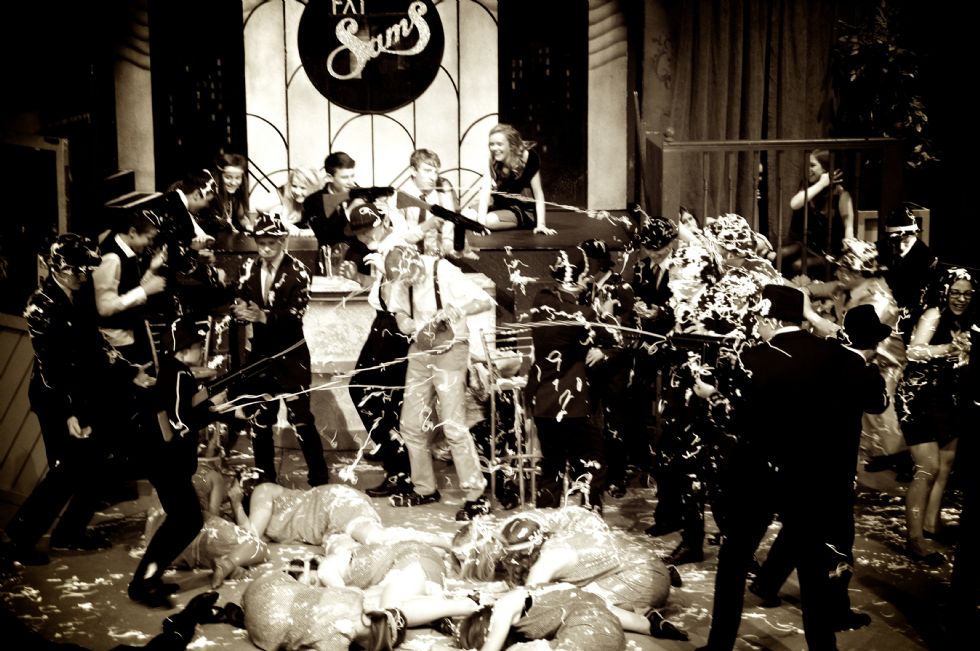