The event was opened by Mike Mullens, an ex BMX World Champion who currently works as an Athlete Mentor for Sky Living for Sport.Mike performed some fantastic stunts at the opening including a jump over 5 members of staff from primary schools and Hinchingbrooke Principal, Andrew Goulding. Mike Worked with Hinchingbrooke students during the day delivering inspirational workshops.

The event was sponsored by The Ally Brennan Trust who donated money towards the T-shirts that were given to the primary pupils. Mrs Forster, organiser of the event said: “We are delighted that the Ally Brennan Trust is a sponsor of the festival this year. Throughout her life Ally inspired thousands of young people through sport and was a pioneer of the concept of the Transition Sports Festival within Cambridgeshire.”

70 Young Sports Leaders supported the festival and worked with the pupils in officiating roles, they guided primary pupils around the activities and shared their transition experiences with them.

Cross Curricular Support – Students from the Music, Dance and the English department supported the event, Dance students led the warm up for the 270 pupils.  Students undertook media roles, they interviewed pupils, staff and guests and filmed the event.  Students played African drums during the event and gave an excellent performance of guitar playing accompanied singing in the closing performance. 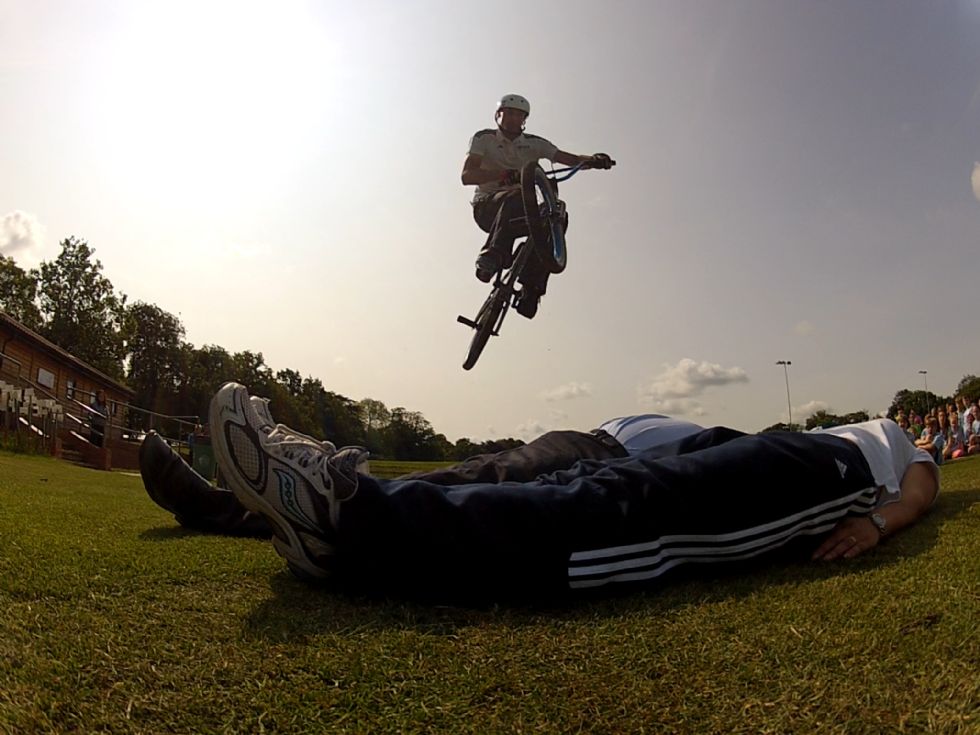