Nathan Jackson, a year 11 student at Hinchingbrooke School played really well last week at the Cambridgeshire Schools’ Golf Championship at Bourn Golf Club and is now the Boys Scratch Champion. In very difficult conditions Nathan was the only player to break 80!

Other Hinchingbrooke students participating in the competition included Adam Morley and Ryan Edwards in the 6th Form, Jack Edwards, Jared Sharp, Lewis Gabb and Nathan Brown all year 10 and  Chloe Drewery in year 8. Member of staff Anthony Graves – said, “They all played extremely well and their behaviour was a credit to the School.”

Nathan and Adam were also runners up in the team event and Nathan will be asked to represent Cambridgeshire schools at the South East Schools’ Championship during half term. 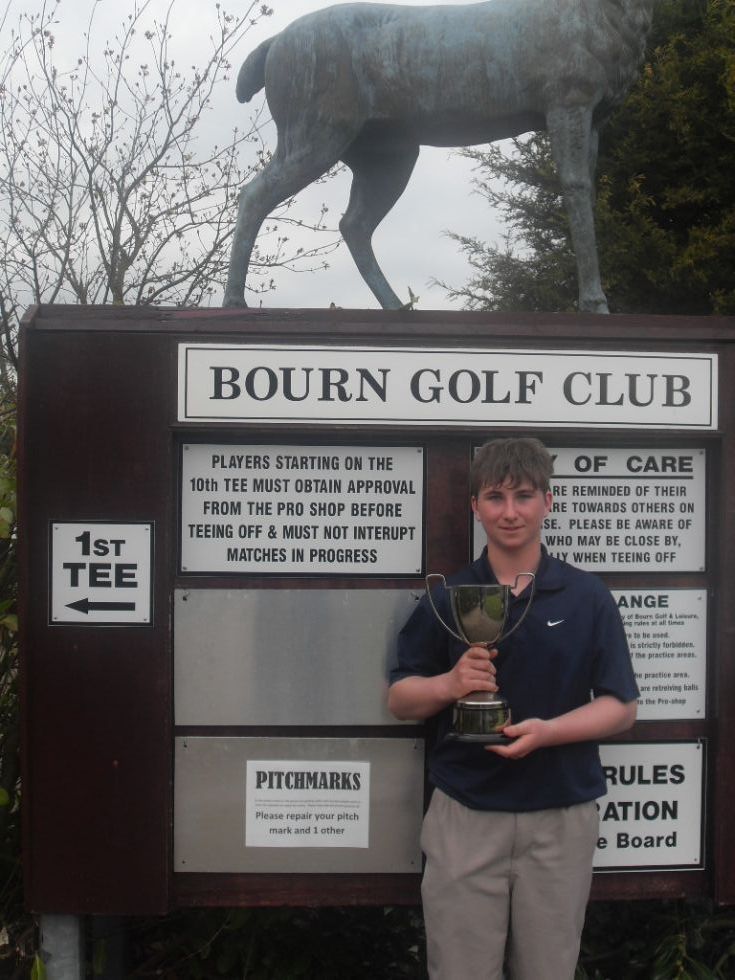 Special Guest and Jackson on top at Cambs Schools' Golf Championship
Cambridge News
Hinchingbrooke School's Jackson, who is a member of Gog Magog, was the only player in the field to break 80, scoring gross 79 for the boys' scratch champion