On Wednesday 6 March, 300 of the best Young Ambassadors (YAs) from across the country attended the prestigious Youth Sport Trust Young Ambassador Celebration Day at Wembley Stadium. The event closed with a spectacular awards ceremony in which the Hunts School Sport Partnership Young Ambassadors from Hinchingbrooke School walked away with the title of Best London 2012 project. The award, a relay baton, was one of four presented by Jonathan Edwards, the former Olympic Champion and Triple Jump world record holder. This symbolises the legacy of passing on the baton of this project to younger students in our school.

There are 8000 YAs across the Country.

See below for details of the project that they undertook:

In the lead up to London 2012 the Hinchingbrooke School Sports Media Project engaged students from across the school. Student Media Teams worked on School Games events and won a national competition. One team attended a residential media camp in London, where they trained to work on the School Games held at the Olympic Park. Later our Platinum Ambassadors attended LOCOG Young Presenters workshops where they made film reels and excelled in presenting skills. Subsequently these YAs were selected as Young Presenters and interviewed the Ascension Eagles cheer leading squad - the warm up act for the Copperbox venue in the Olympic Park. The film received 10,000 views on the official London 2012 YouTube site. The YAs went on to present live at the Olympics and Paralympic Games which was an incredible experience for them.  The Media Programme has been an inspiration for Hinchingbrooke School students and this award is a real legacy of London 2012 for our school.

“We are so very proud of our young ambassadors. They have learned so much and given so much to the school and the community. The school is grateful to have the opportunity to participate at national level and to have won this award is a tremendous achievement. Well done!”

"Our YAs have been inspirational in creating a range of opportunities for young people at school and in the community. Their confidence and ability has developed through the YA programme and they appreciate the opportunities they have been presented with. In turn they have inspired others through their own experiences.

Hinchingbrooke School YAs are worthy of this award in recognition of excellence in fulfilling their ambassadorial role". 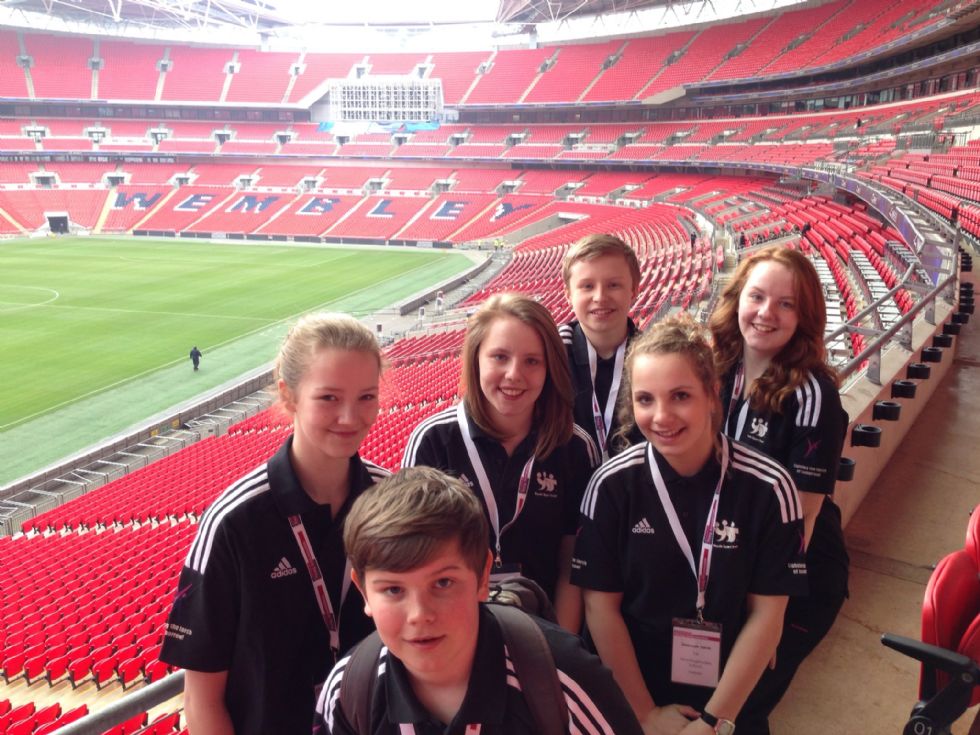