Although Remembrance Day fell on Sunday this year, Hinchingbrooke School Sixth Form chose to remember their old boys who had fallen in the two world wars. 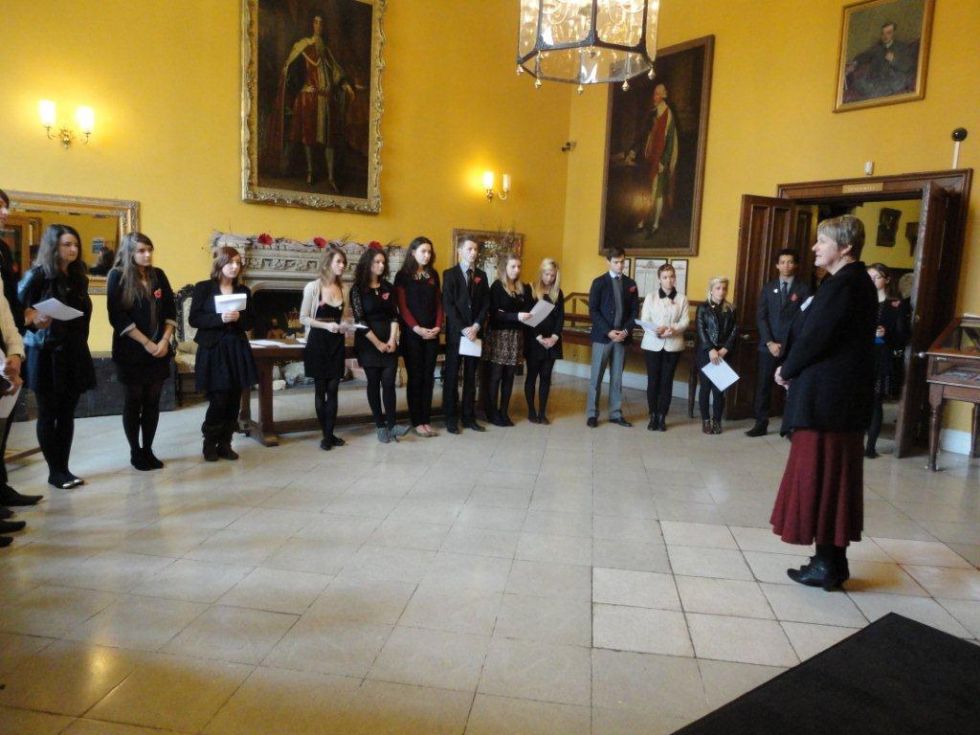 The roll of honour hangs in the entrance hall to Hinchingbrooke House and each year, a group of sixth form students reads the names of the fallen and holds two minutes' silence. This year, Amy Field from Year 13, sang a June Tabor song called, "No Man's Land/Flowers of the Forest," which tells of a young woman who loses her sweetheart in the first world war. Vice Principal Di Beddow (pictured) read a poem and spoke to the students about the poignancy of the event. "In some cases, these soldiers were no older than you and today in parts of the world such as Aghanistan, young men and women continue to give their lives for their country.