Welcome to week 9.  The week that starts with fireworks - in celebration of a foiled plot over 400 years ago to destroy parliament and kill James 1 - and ends with a national day of remembrance and respect for all who died – or lost loved ones - in the First World War.

Theme for the Week focuses on Remembrance Sunday

Every day this week, there will be an assembly to commemorate all the men, women and children who made sacrifices in a war that ended 100 years ago, but still resonates in our national consciousness.

In tutor time, students have been discussing the First World War and making poppies that have been used to create a commemorative installation in the PAC:

A pair!  7C1 and 7M1 were joint winners - well done to the students in both tutor groups who earned the highest number of 5s

…10M2.   Very well done to the students in this tutor group and to Montague for a double this week.

Hopefully we’ll have some more photographs next week.

A carousel of talks given by subject teams, and subject specific stalls in the exceptional surroundings of Hinchingbrooke House, home to the Sixth Form. In Hinchingbrooke House there will be the opportunity to meet staff and learn about the different subjects on offer; current students will also be available to talk about their experiences in the Sixth Form. There will also be a carousel of talks in those subjects which typically attract higher numbers of applicants. Details can be found in the table below:

A lovely evening of acoustic guitars and beautiful singing.

Friday, 9th November – Business Breakfast  Our 6th Form students have the opportunity to meet a variety of local employers, universities and apprenticeship providers, plus the opportunity to discuss possible pathways with a variety of local contributors.  There are some slots still available - please contact Mr O'Shaughnessy at kos@hinchbk.cambs.sch.uk for further details.

Year 13 CTech Business students have organised a 'Careers Fair' in the PAC for all our Year 11 students.  The Fair will take place over period 1 and 2.  The first session will include a series of presentations from local colleges, apprenticeship providers, employers and 6th Form students.  In the second session, students have the opportunity to meet representatives from a wide variety of local organisations to discuss their options going forward. 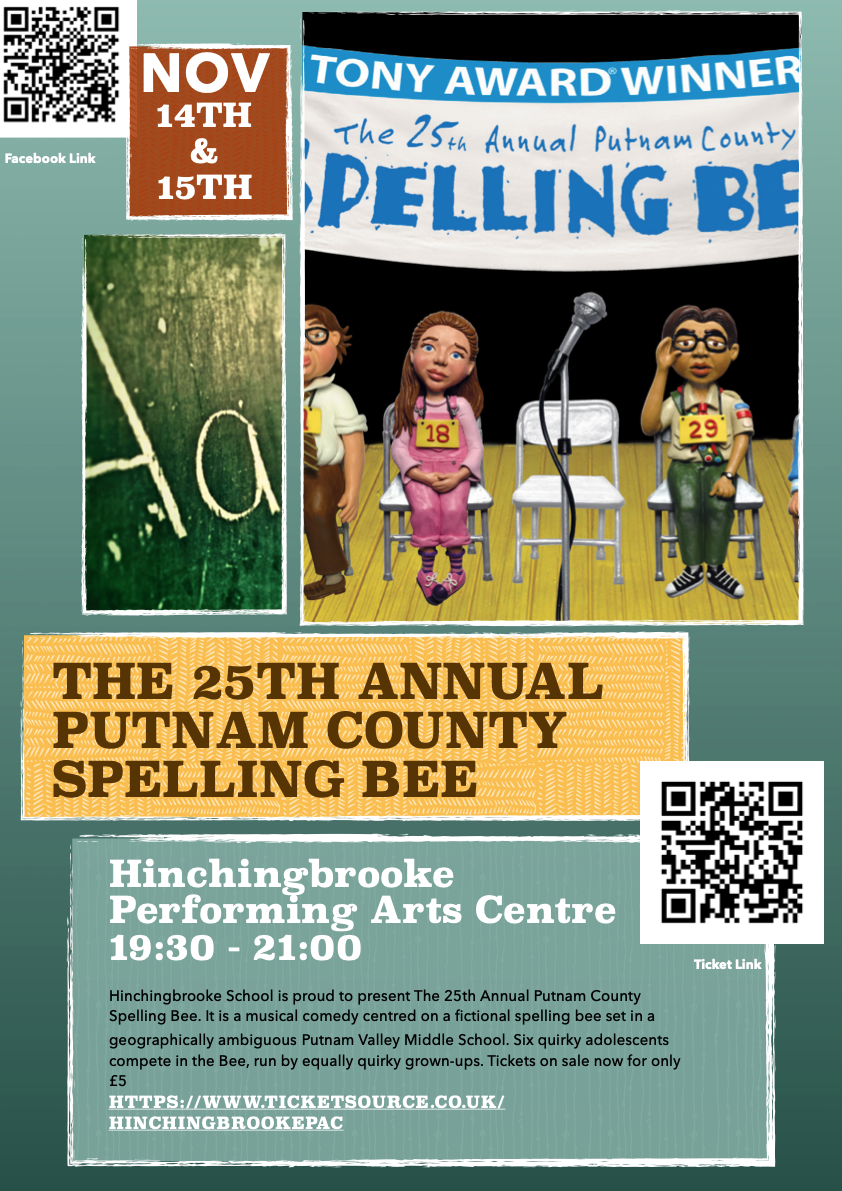 The Careers Team would like to offer students and parents/carers of Year 11 and 13 students the opportunity to book a Careers Consultation during this event.  This session will be in addition to the tutor meeting and offers students the opportunity to discuss options going forward.  Please contact Mr O'Shaughnessy at kos@hinchbk.cambs.sch.uk for further details, or to book a time.

Finally, as we head towards Remembrance Sunday and the centenary of the end of World War One, I thought I’d share this poignant true story with you.  The story was published by the Guardian at the weekend and  reminds us all of the great sacrifice made by so many - and of the courage and determination of those left behind.

Five sons killed. Then a town’s pleas to save the last were heard 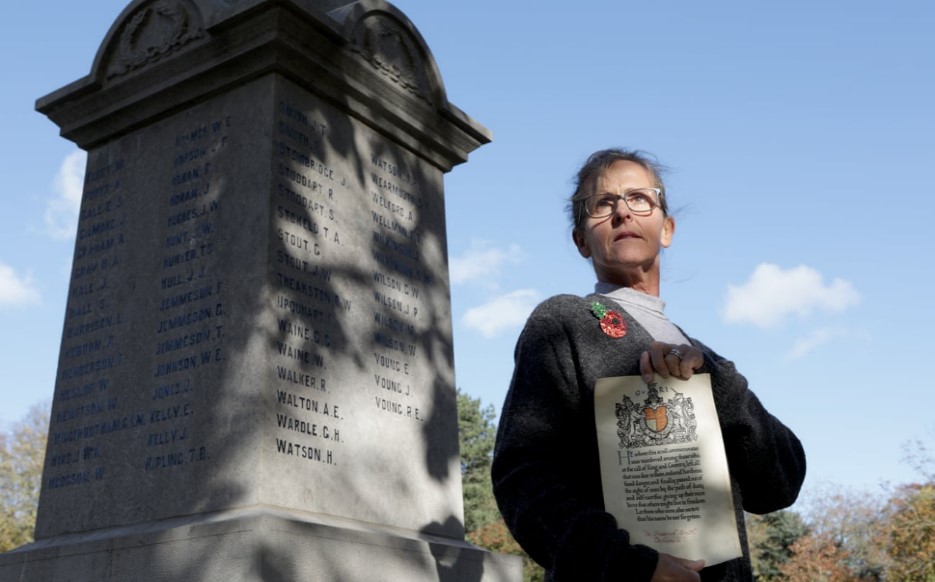 The wartime tragedy faced by one family moved the queen to help bring their youngest boy home from the front. His granddaughter remembers…

As Amanda Harrison looks up at the war memorial in her home town of Barnard Castle, County Durham, she points to the names of five great uncles who died in the First World War, one after another. The brothers – Robert (22), George Henry (26), Frederick (21), John William (37) and Alfred (30) – all lost their lives on the battlefields of northern France and Belgium in a period of just 22 months between September 1916 and July 1918. Four are commemorated in cemeteries near where they fell, while Frederick is remembered on the Menin Gate in Ypres, along with 55,000 other soldiers whose bodies were never found.

To this day, Harrison cannot comprehend how the boys’ mother, Margaret Smith (her great grandmother), endured so much pain and grief. Throughout the war, Margaret and her husband, John, kept a photograph of their boys on the mantelpiece. But in grim succession, the telegrams arrived with terrible news that another would never return.

“You know yourself when you have got kids,” Amanda says, her eyes closing. “To think that Margaret had all these boys. She lost the first boy, then six or seven weeks later she lost a second one, and then it was only a couple of months later that she lost a third, and they were just getting wiped out. And so it went on. Five of them in all, and mostly they were just kids, only in their early twenties.”

If that were all there was to the extraordinary story of the Smith family’s experiences of the First World War, it would be remarkable enough. But Amanda, and her children and grandchildren, would not be here today to tell the tale were it not for the equally remarkable events that ensured the survival of a sixth brother, the youngest, Wilfred, her grandfather.

As news of the deaths of successive brothers spread round the town, such was the outpouring of sympathy for the Smiths that some could not bear the thought that even worse might come. One of those most deeply affected was the wife of the local vicar, a Mrs Bircham, who took it upon herself to write to Queen Mary, George V’s wife, to ask for Wilfred to be returned home to ensure at least one brother survived.

Soon after that intervention, Margaret Smith received a letter from Edward Wallington, private secretary to the queen, and this time it bore good news. He wrote that the queen “has caused Mr and Mrs Smith’s request concerning their youngest son to be forwarded for consideration of the war authorities”. Wilfred was duly afforded the necessary official discharge and came back to Barnard Castle to be with his mother in the early autumn of 1918.

As she leafed through a pile of old photographs of the boys happily playing together before the war, in her home in Barnard Castle last week, Amanda struggled as she tried to imagine the emotion of that reunion. “I don’t think we would be here today if he had stayed out there, the way her luck was going,” she says. “And to cap it all, she had lost her husband just before the end of the war. So when Wilfred came back he must have just been, well, just so precious, so precious to her, trust me.”

Wilfred rarely talked about his experiences of the war. He blocked it out. “We would ask,” says Dianne Nelson, Amanda’s mother, the youngest of Wilfred’s five children. “But he didn’t want to talk about it at all, really.” And his brothers who were lost in battle? “No. He just said that they died and that he was brought back to carry on the line. That was all.”

And so he did. Wilfred and his family remained in Barnard Castle, where, despite suffering for years from the effects of respiratory disease caused by a mustard gas attack on the western front, he worked as a stonemason and chimney sweep before dying at the age of 69 in 1968. 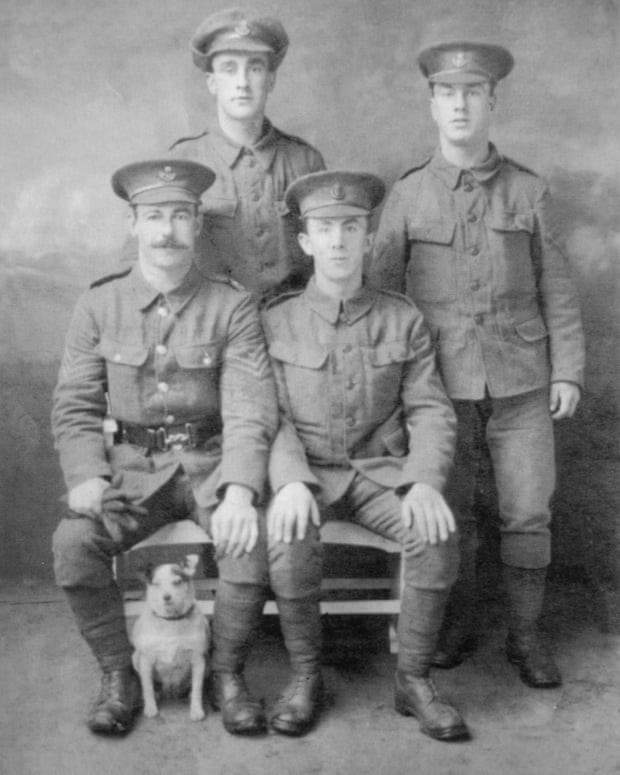 Enjoy the fireworks, stay safe and remember the debt of gratitude we owe to so many for the wonderful world we live in today. 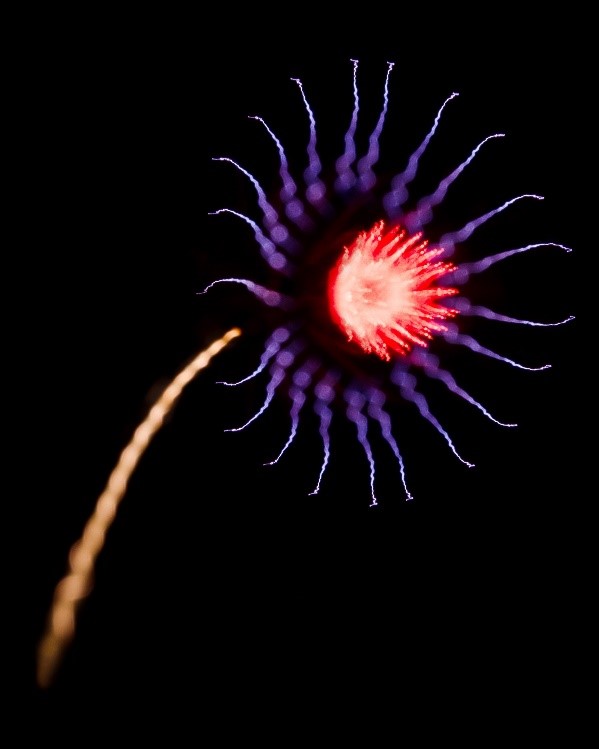