After the Artic weekend, it’s great to see the sun this morning but is it officially spring yet?

According to meteorologists, spring began on March 1st.  Hard to believe that this weekend!  Maybe we should listen to the astronomers, who say that spring begins tomorrow, March 20th with the spring equinox, when the number of daylight hours is the same as the hours of darkness.  Either way, spring should be here by tomorrow – fingers crossed.

There were some great events last week, including Independance performances on Wednesday and Thursday evening and a music concert at Buckden Church on Saturday.

If you have ever seen or heard our students perform, you will have been blown away by their talent and enthusiasm on stage.  Mr Goulding, our Principal, was at Buckden Parish church, and said that the performers, sixth form and younger students, were exceptionally talented.  The concert was also a rehearsal for the sixth form students who will be taking their A level music recitals on Wednesday this week.

On Friday last, we were visited by the world renowned artist and Vice Chancellor of the University for the Creative Arts, Professor Bashir Makhoul.  He came along with another senior member from the University to look at a potential partnership with us and ACES Academy Trust.  Professor Makhoul was extremely impressed when he visited our Art department and hugely impressed with the quality of students’ work.  We are hopeful that some sort of beneficial partnership with the University of Creative Arts will follow.

Our second Academic Review Day on Friday was another success with students even more confidently than last time, showing their independence by explaining their successes, their targets and planned actions.  Over the next couple of weeks, we’ll be ensuring that all students have their targets in their planners, to keep them focused and to help them to make even more progress.  We are grateful to all parents for their continued support to help our students reach their full potential.

And speaking of students reaching their potential, well done to Frankie Butler, Y12, winner of a place at the Cambridge University of Art summer school.

This week, our theme is RESILIENCE. With the sad death of Stephen Hawkins last week, it’s a good time to reflect on the importance of making the most of our talents and never giving up on our dreams.  This is particularly significant for year 11 students with just a few weeks to go before the GCSE exams start.  Keep focused, attend every lesson and as many Revision sessions as possible and use the Easter break to really consolidate the learning of the last three years. 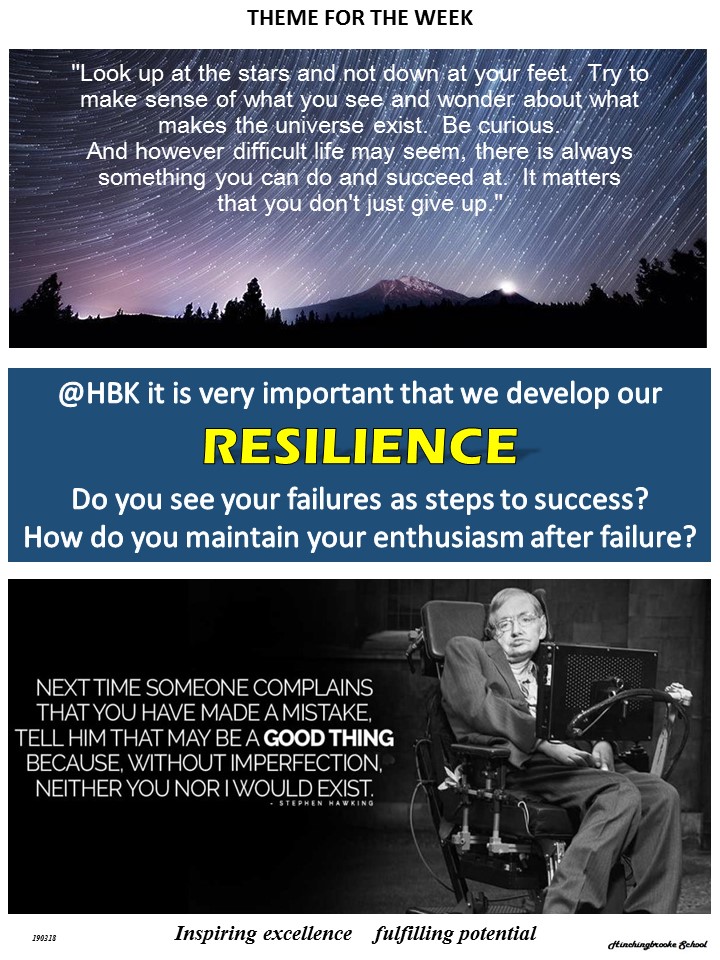 … 7P1!   After a week off the top spot, Mr Turnbull’s group reclaimed the title once again. 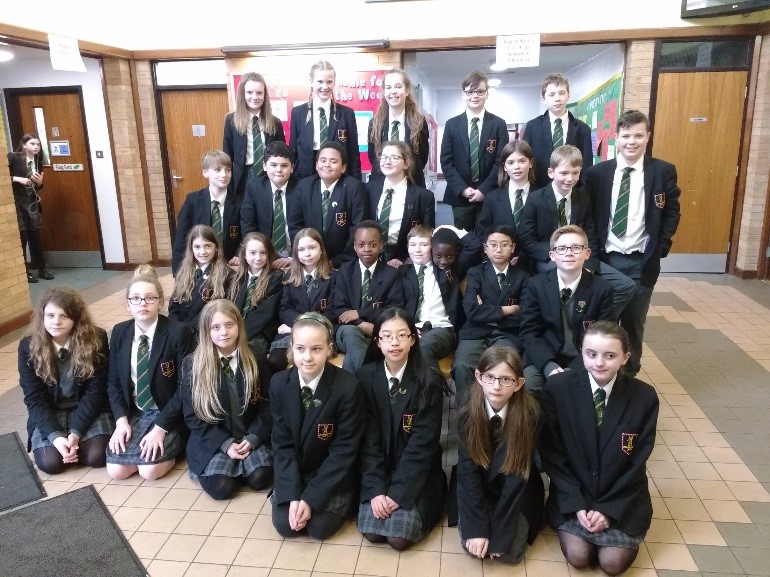 And 7V2, who won the title last week, now have a photograph, top right.

The winner of the Middle School Golden Antlers was …

… 9M2, for the second week running.  Hopefully, we’ll have a photograph very soon.

Well done to all three groups for excellent attitudes to learning.

Tuesday 20 March - A number of Year 11 and Year 12 students will be attending an Oxbridge session, designed to motivate and inspire them to apply to one of the best universities in the country.

Thursday 22 March - a large number of students will be involved in the Sainsbury’s School Games Finals. These will take place in school and at the Ivo Indoor and Outdoor Centres. The very best of luck to all. 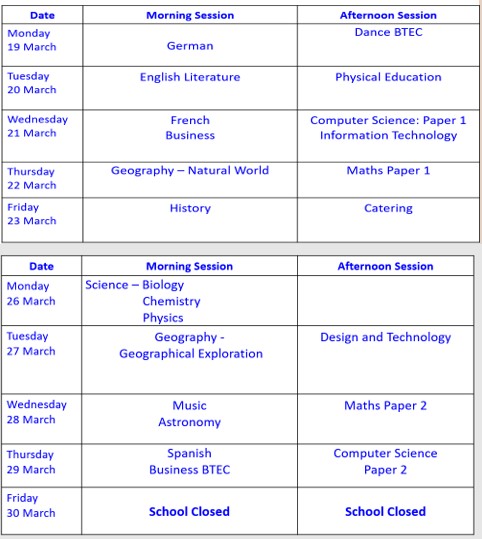 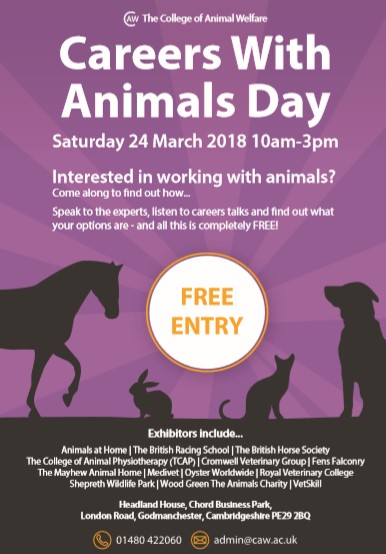 11 April - Macbeth by the Royal Shakespeare Company.  In local cinemas – a break from books and a great way to revise for years 10 and 11 during the Easter holidays - the Royal Shakespeare Company is broadcasting a live performance of ‘the Scottish play’.  Starring Christopher Eccleston and Niamh Cussack, this is a fantastic revision opportunity for KS4 students who will be sitting their Literature GCSE exam shortly afterwards.

Have a great week and enjoy the warmer weather – spring really must be here now J.