With talented students and fantastic opportunities for our students this week, in addition to the end of the exams and the start of the celebrations...

With the beautiful, hot (if somewhat uncomfortable) weather set to hold into this week we have lots to look forward to.  The Year 9s are back from their Geography trip to Sicily.  Reports suggest they had a fantastic time and even saw a couple of pods of dolphins!

There are only a few GCSE exams left and another week of the A’Level exams to go.  So to those students trying to revise in the sun, keep going; you are nearly there.  It’s the turn of the Year 12s this week, with their internal exams and next week Year 9 will have the opportunity to show us how well they have started their GCSE courses, with their internal exams between 26th June and 7th July.

The Year 11 have their Leavers Assembly today – and no doubt there will be a fair amount of tears shed at the realisation of an end of an era.  Having said that they have the chance to get back together fairly quickly, given that they have their formal on Friday.  We always look forward to seeing how the students arrive and seeing them glammed up in their formal attire.  Watch out for the photo gallery next week.

There’s lots to look forward to for other year groups too.  On Monday the Sixth Formers are off to Bedford for a university visit.  The Maths Department are out and about this week too.  On Tuesday they are taking Year 7 to Godmanchester and some Year 8s are off to the Bank of England on Wednesday.  Art are off to London with Year 10 on Thursday and Year 10 Geographers are off to Dorset on Friday.

It is always a great pleasure to celebrate and pass on news of events our students excelling and this week there are two such cases.  Robert Burton, winner of the 2016 Oundle Festival of Music is playing at the Oundle International Festival in St Peter’s Church on Monday 10th July.  He is giving a saxophone recital including a wide range of 19th and 20th century pieces such as Rudy Wiedhoft’s Valse Vanite and Paule Murice’s Tableaux de Provence.  The recital is at lunchtime and well worth supporting! 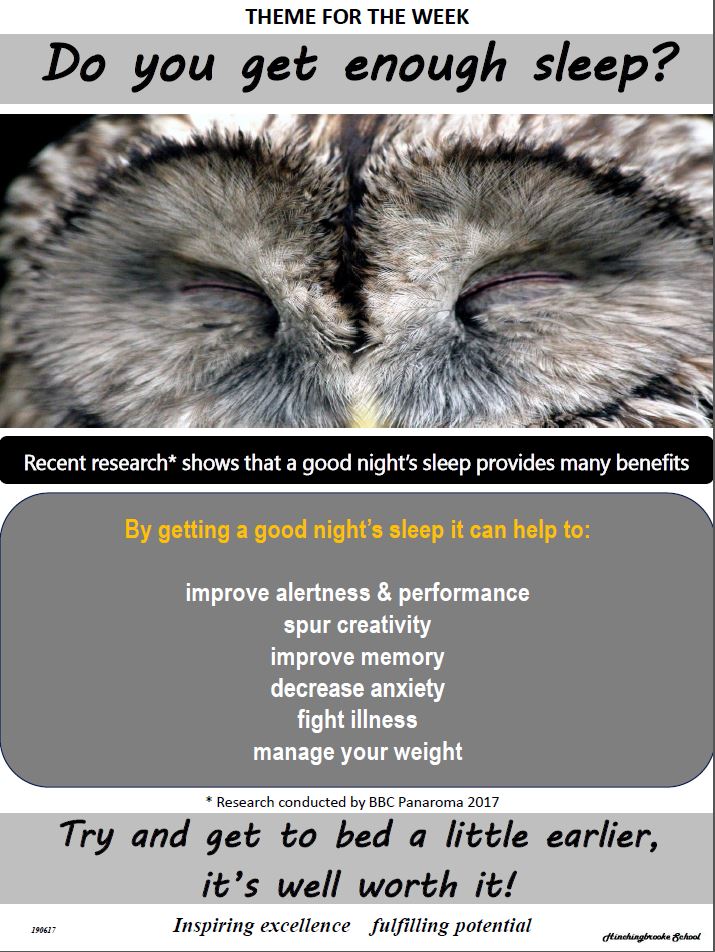 Additionally Livia Turner in Year 9 was selected for the final 25 in the 10-13 year old category of the BBC Radio 2 writing competition.  IT was then announced that she had won the ‘Gold Prize’.  Perhaps even more exciting, David Walliams read her story which can be found at the following link.  A fantastic achievement Livia – very well done.  We look forward to more stories and perhaps even a career as an internationally best selling author!

This weeks' theme is all about getting the best out of oneself with one simple piece of advice.  In this hot weather I'd add to keep hydrated at all times.  Better to drink too much water in this weather!  Also it is worth noting that for this week students do not need to wera nor bring their ties and blazers to school.  This decision will be reviewed on a weekly basis as the weather forecast becomes known.  For Sixth Formers their usual dress code applies.  Students should not be attending school in what could be considered beachwear!

On that fantastic news an opportunity to pause for thought.

Have a great week everyone and keep applying the sun screen!