Fantastic news about our Year 9 debating team, an update on exams and this weeks theme.

I hope you all managed to get a restful and chocolate filled Easter break.  It is certainly lovely to be back in the sunshine!

Just before Easter our Year 9 and 10 debating team went into battle at the PiXL Debating Competition – regional level.  I am thrilled to include a report from their intrepid leader, Ms Spikelsley:

“Firstly, I have to say I couldn't be prouder of both our new Year 9 teams and our Year 10 coaches especially since 22 other schools were competing this year compared to last year's 8! Last year's debating finalists have been exemplary in coaching our new Year 9 teams in the run up to today's event and all of our Year 10 students were picked to shadow the competition judges, chair and clerk. Our Year 9 competitors also excelled with both teams winning their first two debates by large margins. 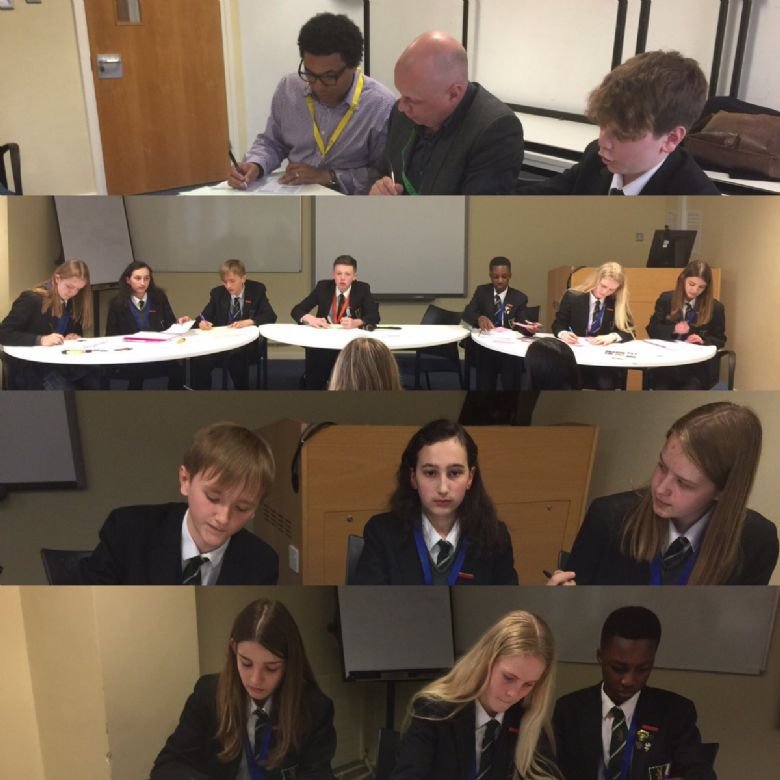 In the afternoon, events took a bit of an unexpected turn in the unseen debate round, since schools are 'power matched' against one another meaning that teams achieving similar points and thus of similar ability compete against one another. Since both of our teams excelled in their first two debates, our Hinchingbrooke A team found themselves in the unorthodox position of facing our Hinchingbrooke B team, and, since our Year 10 students had been elected to judge, clerk and chair the debates, we were faced with an all HInchingbrooke round! Whilst we were delighted to have come this far with both teams 'level pegging', unfortunately, we also had to face the reality that the team that would lose that round would not progress to the grand final (and therefore would not attend the masterclass weekend in London or go through to the national competition at Harrow in the summer).

Needless to say, it has been a tense day but one t 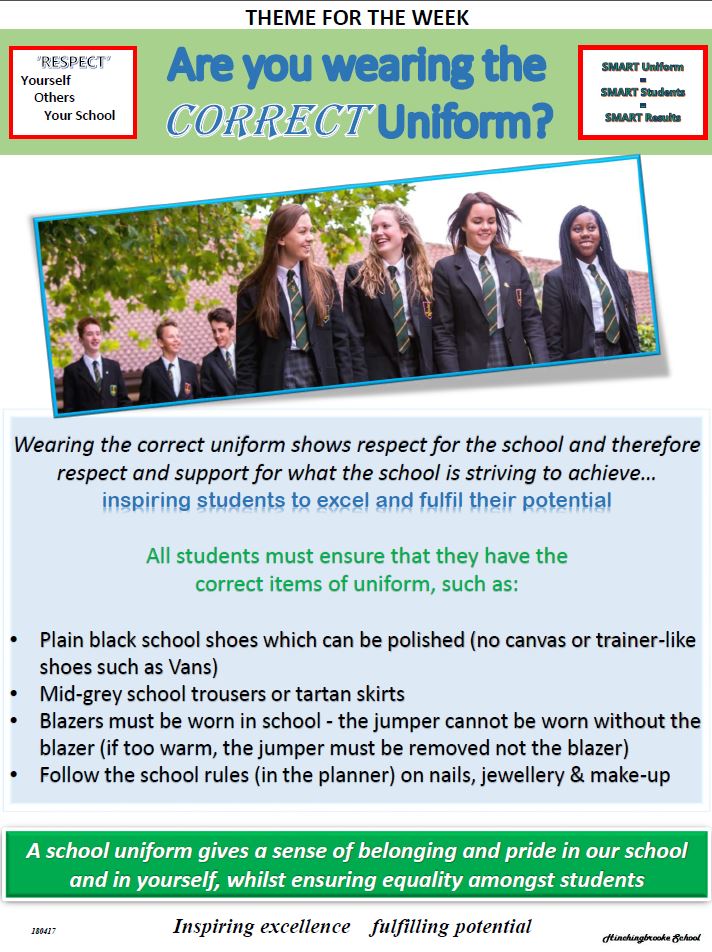 hat has been filled with the best Hinchingbrooke students have to offer in the way of independent learning, resilience, peer coaching, excellent sportsmanship and good humour.”

Well what a phenomenal achievement – well done to all involved; debaters, coaches and judges alike!

This week there are a number of practical exams taking place at GCSE level and some at A2 and we wish all students involved the best of luck.  Additionally we are putting our Year 10 students through their paces, as it is a week of einternal exams for them to show us how brilliantly they are doing in all their subjects.

This Friday we will also be welcoming 23 visitors to the school from Guadeloupe – a French speaking Caribbean island.  The students will be shadowing some of our Year 9 students and a few selected Year 8s during the morning session and then partaking in some sporting activities in the afternoon.

This week’s theme is based around a reminder that all students need to be in full school uniform at all times and that outside school this is how we represent ourselves to the wider community.  Having pride in how we look translates to the pride we take in our school, our work and our successes.

Have a great week everyone.