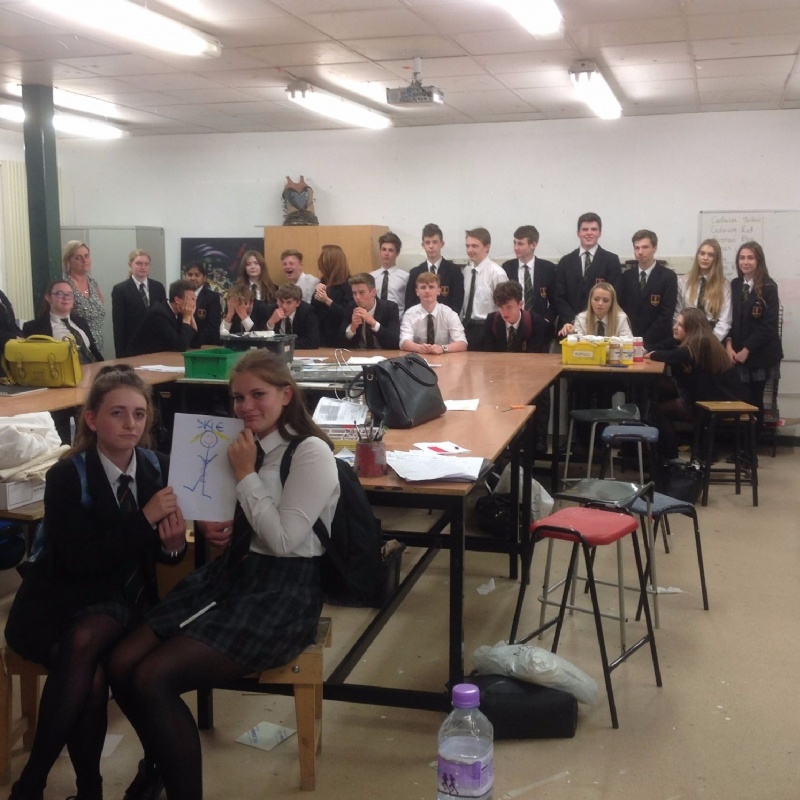 Please note that the academic year finishes at 13:30pm on Thursday 21st July 2016.  In the extreme heat of the last few days, students are not required to wear ties or jackets.  Please encourage them to stay in the shade, drink water and wear suncream.

Another fun packed week to look forward to.  Last week the New Energy Sports Hall opening was fantastic.  It was great to see all the amazing facilities being used by our students and those from some of our feeder primary schools.  The displays by the students, especially the synchronised trampolining took my breath away.  We really do have a lot of very talented students here at Hinchingbrooke!  Even more entertaining was watching various members of the Senior Leadership Team having a go at some of the events.  Who knew Mr Walker and Mr Pinder were quite so competitive?  The Sports Awards which followed the opening were not a disappointment, what with Mr Goulding playing Boccia against our champion Jabe Peake, and Mr Cooke and Mr Hobley abseiling from the rigging with the silverware for the awards!  A little reminiscent of the Golden Jubilee and the queen jumping out of a plane with 007!!!  Congratulations to all the students who were nominated for awards and to those who were highly commended, runners up and winners in the various categories.

Our version of Glastonbrooke was also a great success, and a lot less muddy than the real thing.  It is so rewarding to see so many of our students engaged in the extra activities!

This week there is also a lot to look forward to.  Year 12 have their second induction day (I understand that on Friday Mr Fordham beat Mr Pinder on the assault course…SLT again!).  This time rather than focusing on teambuilding the students will get a taster of their A’Level subjects, and better still, some work to complete over the summer!  There is ‘Picnic in the Park’ to look forward to on Thursday which is always an incredibly cultured event.  With the sun shining it’s a very pleasant way to while away an evening with the Art and DT displays, the Drama, dancing and sport.  Bring along a picnic, a blanket and you can still buy your tickets on the door.

Friday is also a day to look forward to, being as it is our final Personal Development Day of the year, and the one the students really look forward to…I won’t give anything away, as the event is shrouded in secrecy, but it’s enough to say that the students will not be in classrooms all day…far from it!

In addition to all of the above, there is more learning outside the classroom this week. There are various Art trips with Year 10 to London including the Victoria and Albert Museum, the British Museum and the Royal Academy.  There is a Year 12 trip on Thursday to see the Faith Healer, with Year 12 and a Sixth Form trip to Oxford.  Year 7 have a special assembly on Monday delivered by the Fire Service and this will focus on students staying safe over the summer holidays, particularly in terms of swimming in the locality. 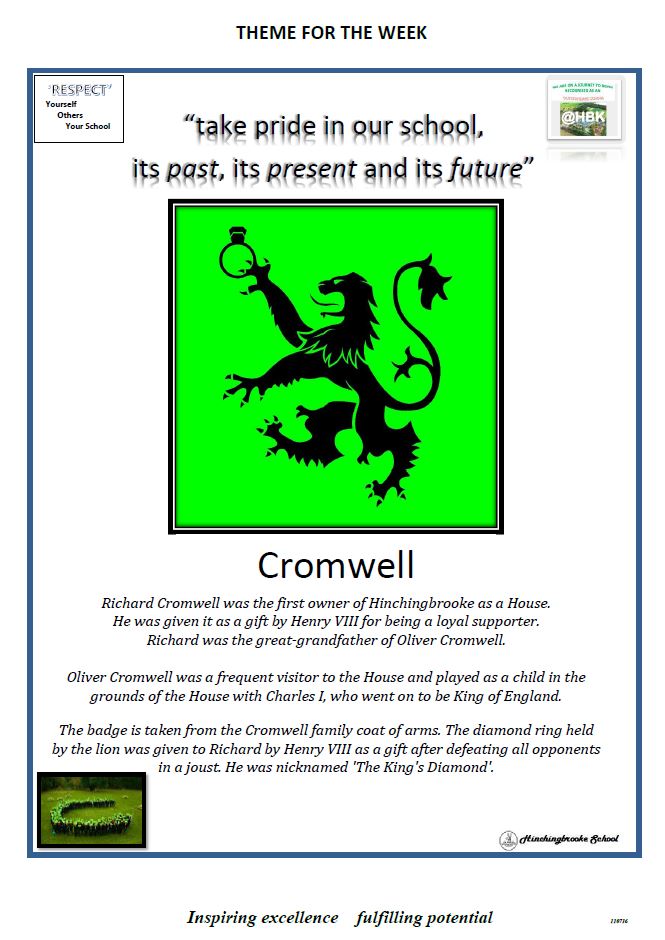 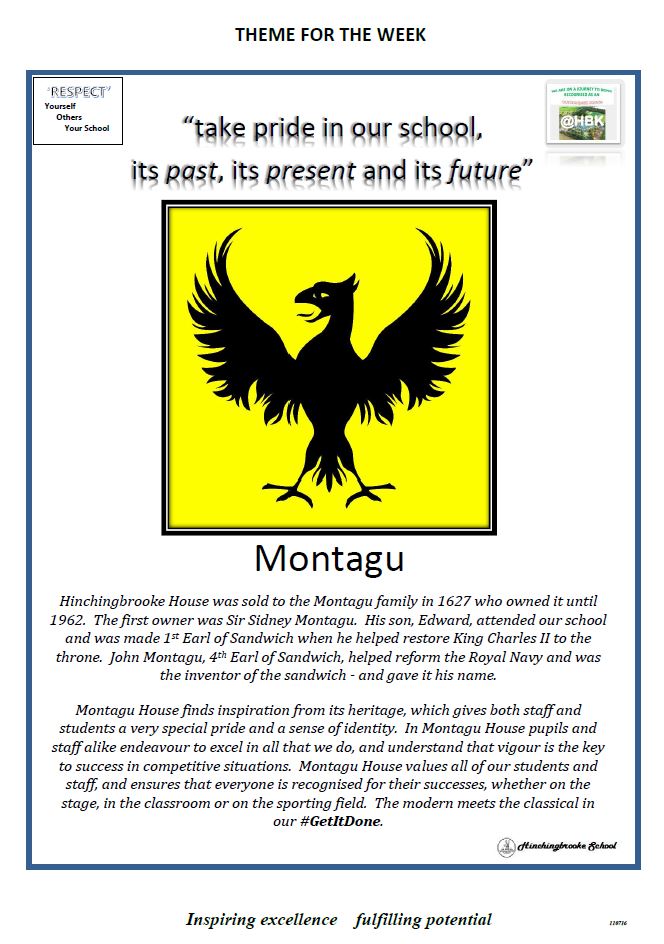 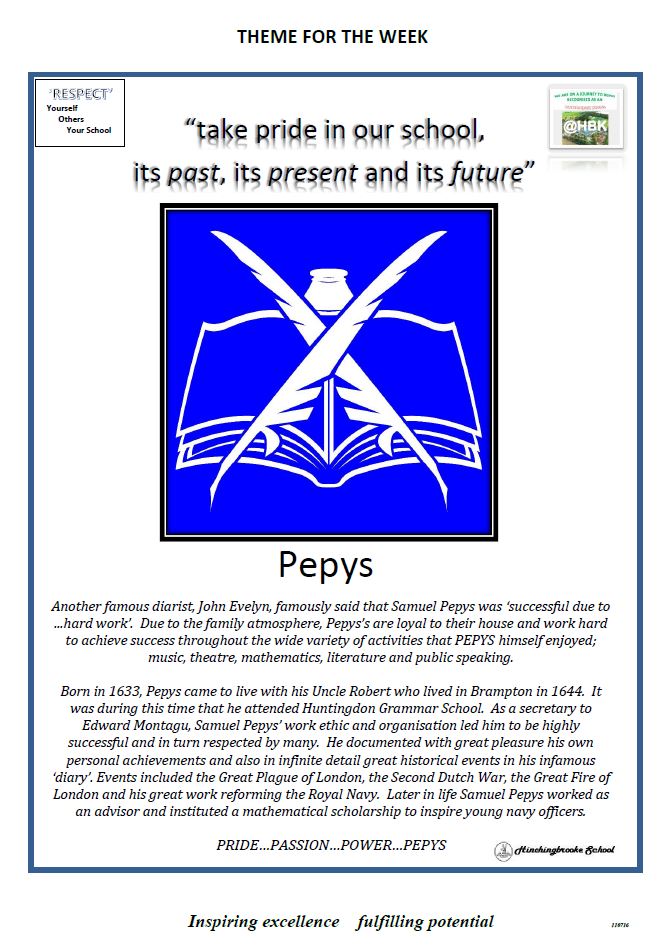 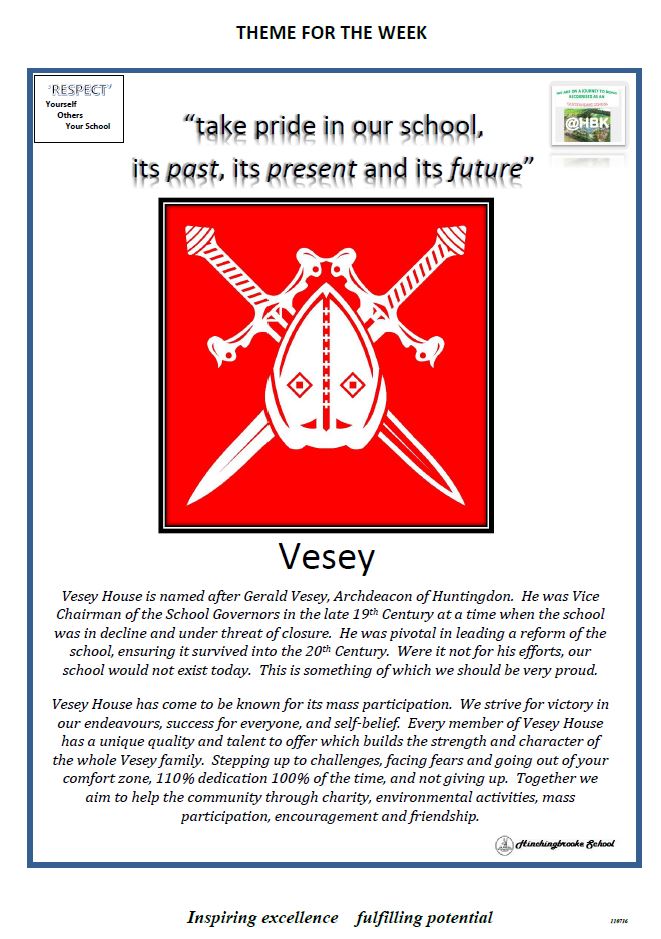 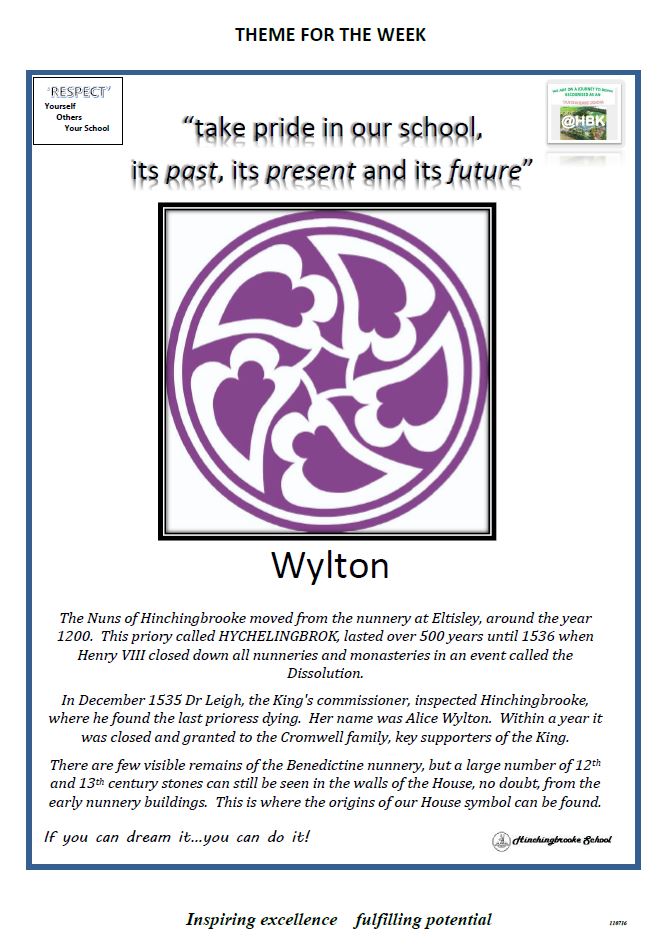 This week the theme focuses on the house system.  There have been back to back wins for 2 forms in the Golden Antlers; 7V2 in Lower School and 10V2 in Middle School, which is a first.  Montagu House have just been announced winners of both the Lower School and Middle School cups, which is based on the number of House Point collected.  The Montagu flag will be flying from both Hinchingbrooke House and Lower School as a result – so well done to them.  It’s house assemblies this week to celebrate all that has been achieved both this term, and indeed of the course of this academic year. 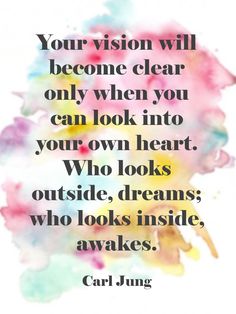 And so with the end of the academic year careening towards us at a rate of knots, here is something worth considering...

Have a great week